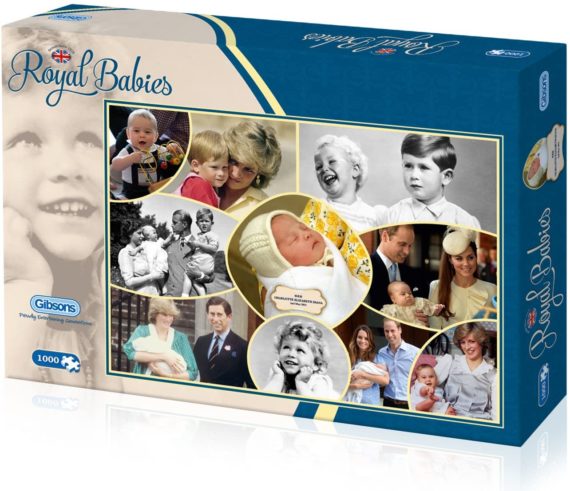 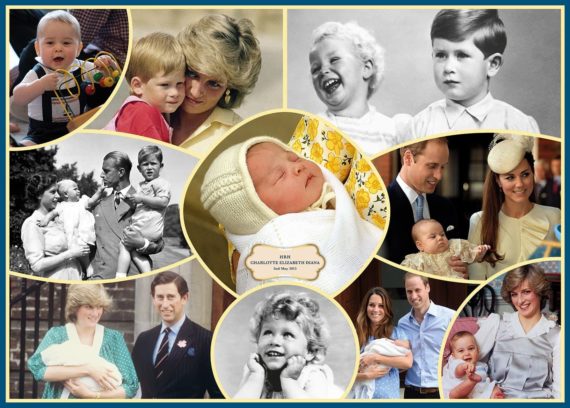 Condition: new Book – without signs of wear, has not been used/read before, in rare cases it may have very slight scratches on the cover – due to warehousing / storage and transport.

Games / Puzzle / DVD – brand new in original packaging, with no sign of wear. In rare cases, they may have very slight scratches on the packaging due to warehousing / storage and transport.
Categories: Great Britain, Puzzle
Delivary time: 5 - 10 days (see delivery terms)

Made from thick, durable puzzle board that is 100% recycled

Gibsons have been proudly entertaining generations since 1919

Who you might ask is that happy little girl, resting her smiling face on her elbows and casting those bright young eyes upwards, no doubt at the request of the photographer?! Her name is Elizabeth Alexandra Mary, our very own Queen, born on 21st April 1926.

Charlotte Elizabeth Diana was born on 2nd May 2015 and has brought us all some very welcome Springtime joy. There’s one little person who will be especially delighted. Charlotte’s brother Prince George has spent the last 21 months mastering the basics of being a royal baby and is ready to pass on a few useful tips to his newly arrived sibling.

Also delighted will be Charlotte’s great grandparents. Since they married in November 1947, our Queen and the Duke of Edinburgh have been blessed with four children, eight grandchildren and so far, five great grandchildren.

Just in case there are any you cannot recognise, here is a list of who’s who:

Centre row, left to right: The Queen and Prince Philip with a young Prince Charles and his playful sister Princess Anne, the Duchess of Cambridge holding Princess Charlotte, Prince George and his proud parents at his Christening on 23rd October 2013.

Recent Products
Why us?

save on delivery
We offer shipping from UK from PLN 10! Thanks to this, you will save a lot and gain a great choice of books straight from the Great Britain!

assistance and support
Do you have questions about the product? We are here to help you! Fill in the contact form, and we will contact you as soon as possible!

Contact us!
We welcome any enquiries
This site uses cookies to provide services at the highest level. By continuing to use the site, you agree to their use.OKPrivacy policy