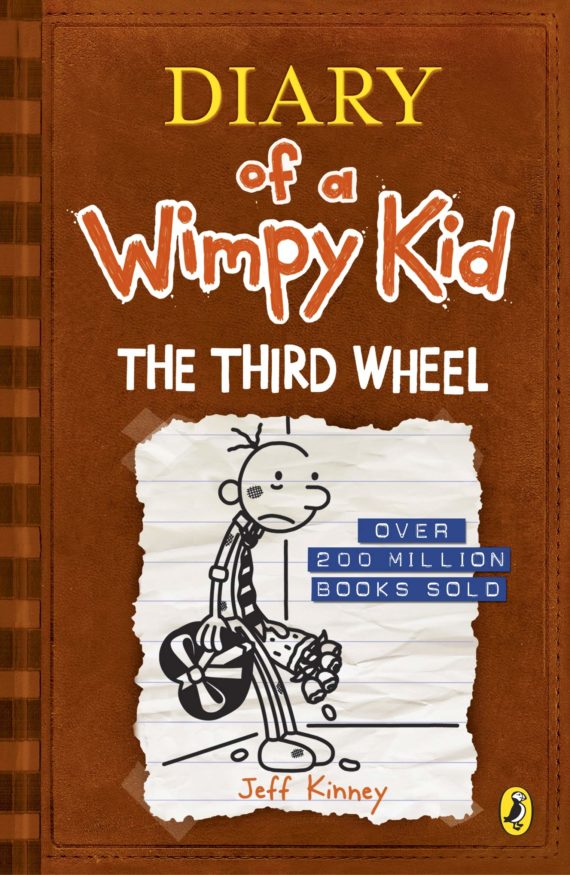 Diary of a Wimpy Kid – The Third Wheel

THE ONE WITH THE VALENTINE’S DANCE

Greg Heffley’s school is holding a Valentine’s Day dance, and it’s turned his world upside down.

It’s every man for himself as everyone scrambles to find a date for the big day, and Greg WON’T be left partner-less.
His best friend, Rowley, doesn’t have any prospects either but that’s a small consolation…

To make matters worse, his Uncle Gary has moved in and is taking over the whole house.

Will Greg be lucky in love, and get his house back?

ABOUT DIARY OF A WIMPY KID:
· 50% words, 50% cartoons, 100% hilarious!
· Hilarious stories that all readers can’t wait to get their hands on
· Laughter guaranteed
· 200 million copies sold worldwide

*Don’t miss Diary of an Awesome Friendly Kid­­, to read Greg’s best friend Rowley’s side of the story!*